Sometime last month I got to watch the much-awaited movie Karnan by Mari Selvaraj. The movie as a whole fascinated me and got me thinking about my own identity. I loved the energy each character brought to the scenes especially the grandmother who I thought was simply brilliant. The cinematography and the background score were creative as they should be, and Selvaraj’s rootedness in (Dalit) art is immense and there for all to see. While the movie is captivating and subversive in so many ways, there is no denial that it also problematically reiterates dominant notions of masculinist heroism and pseudo feminist consciousness.

At the first viewing one could end up thinking that the movie accentuates female presence given the many female characterizations, especially the little girl/goddess who shows up throughout the movie, none more than in the brilliantly-arranged song Uttradheenga Yeppov. Notice closely and you would realize that the female presence actually plays the subordinate role. No female character stands equal to Karnan (Dhanush) and that suggests how female subordinationism is offered to us in the garb of feminism. Remove few female characters from the movie and it still would have achieved its ‘intended’ purpose: therein lies the problem. 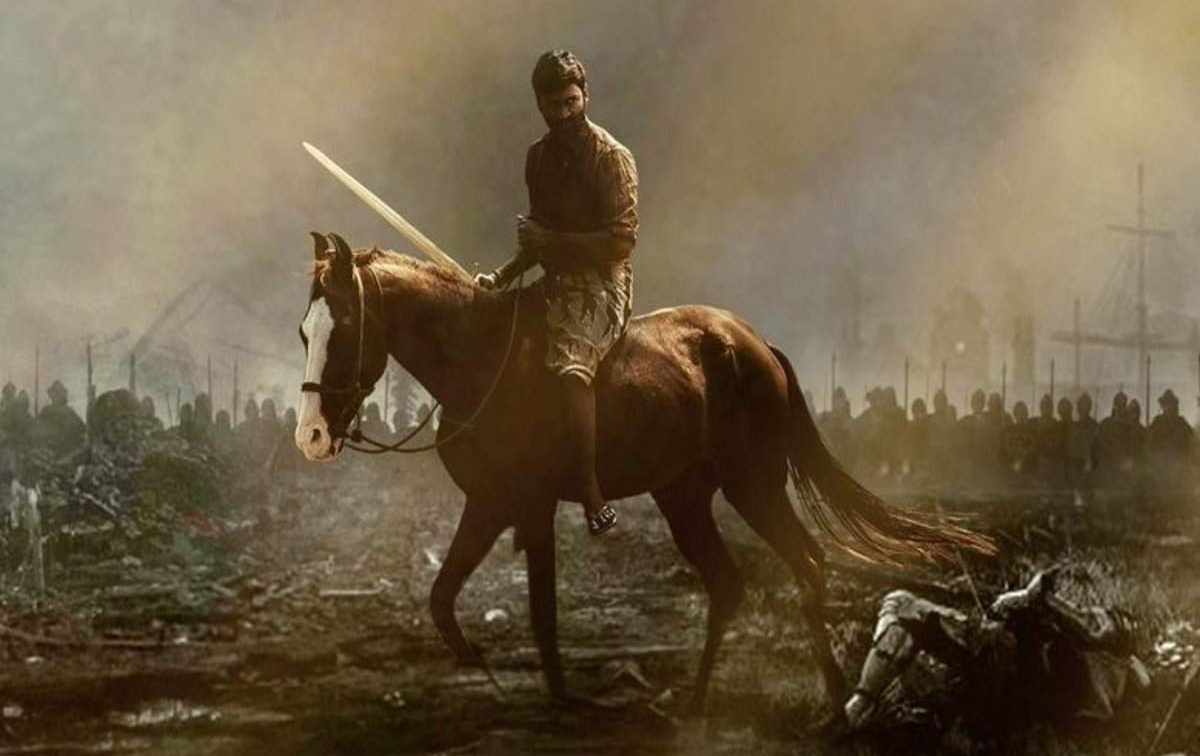 In his article, my brother Immanuel Nehemiah rightly asks, “Why does Dalit imagination also have the Feminine as the secret driving force and men as the forefront warriors for Justice?”[1] Nehemiah in this regard not only questions Selvaraj’s Dalit imagination but also submits that Dalit imagination must rid itself of masculinist heroism in its many manifestations. Yes, women in the movie are seen taking arms but the prime mover is still the male. What counts and what could count as resistance is often marked by gender. At any rate, surely women do not need men to tell them how to fight for survival. How oblivious men can be to what women have been doing since the dawn of history!

Moving further, the movie is filled with numerous fascinating symbolisms. Identifying some was only possible on a second viewing. Yet given that the meanings inferred from most of them are obvious to Dalit communities, I could not help but wonder who the movie is made for. For example, the rope around the donkey’s feet is a reference to the oppressive caste system, and the donkey progressing despite its feet being tied implies that Dalit communities have not been sitting and pouting about their oppressed condition but have been making every effort to make meaning of their lives in their continued search for liberation. Earlier Tamil movies have always foregrounded people (mostly men) from dominant-castes as saviors of oppressed communities. But here we see the donkey being freed by the male protagonist (Dhanush/Karnan) who is one among them. The point is that liberation does not come from the outside, through no outsider, but from within. We are our own saviors, our own messiahs. As much as this idea is not new, it is nonetheless quite absorbing. 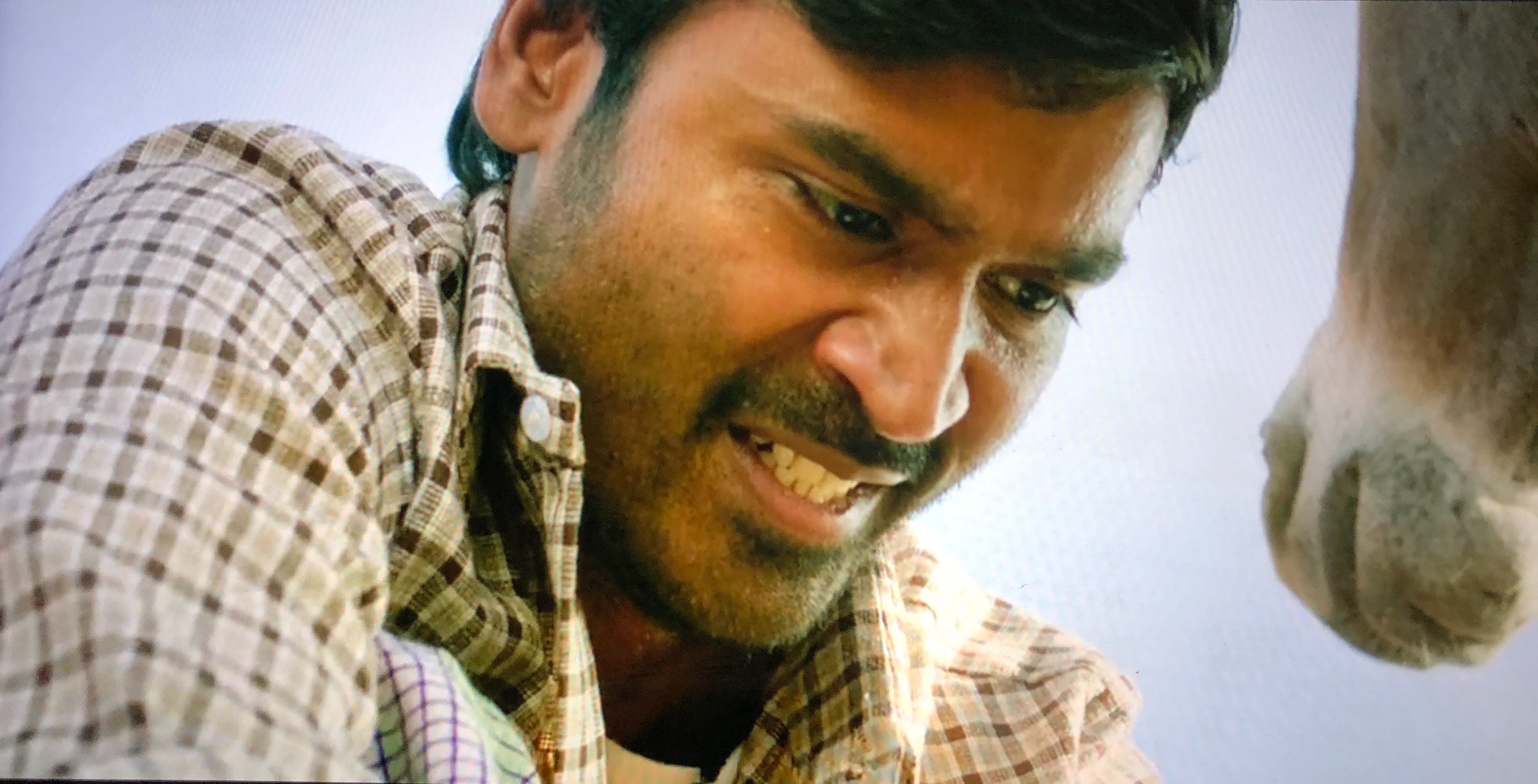 One is also bound to be critical when liberation makes a posthaste appearance as we see in the end. The death of a villain—the police officer—sparks an eruption of changes: new roads are laid, a mini-bus now stops at the village, children go to school and colleges, and people have found jobs. I wonder if false hope in movies does injustice to the reality we see and confront (a telling observation aired by Nehemiah). In saying that I nevertheless acknowledge the vitality of imagination for oppressed communities for imagination is resistance. The imagination of an imminent liberation by way of scriptwriting, music, poetry, dance, and other forms of art is not an act of naïve hopefulness but a deliberate stance against notions of fatalism and impossibilism that only further the aspirations of caste elites. To imagine “what can be” from the midst of oppression and absurdity is a sign of the creative power of Dalit agency. Dalit imagination is an affirmation of Dalit humanity and agency even as it transcends the limits set by caste brutalization.

Before I end this piece, allow me to say a little about my favorite scene in the movie—the dance that comes right at the end (click here to watch the video). It is soul-stirring. It left me speechless and teary-eyed; it got me to my feet, it got me to just sit and feel the emotion. Truly this was a grounding experience for me. There is pain, anguish, grief, celebration, remembrance, renewal, and so much more written on the faces of those in that dance. My Christian identity has often kept me from appreciating this form of art. I have been told it is secular, evil, a result of drunkenness and vile behavior. But ever since I was made aware of my Dalit identity, I have come to see Dalit art differently. The moves and music are a sign of transformation and emancipation. It is a form of resistance, and listening to such music and watching this dance-drumming has allowed me to connect with and embrace my Dalitness. Karnan does remarkably well in foregrounding the rhythmic and liberative accents of Dalit music.

In sum Karnan offers so much yet leaves me yearning for more of what could have been.